Prambanan is a 9th century temple dedicated to the Hindu Trimurti, the trinity of Brahma, Vishnu and Shiva. Located nearby Yogyakarta on the island of Java this temple is a must see when visiting Indonesia. Prambanan is very accessible on your own and it was my first stop during my 2 day Java scooter adventure. 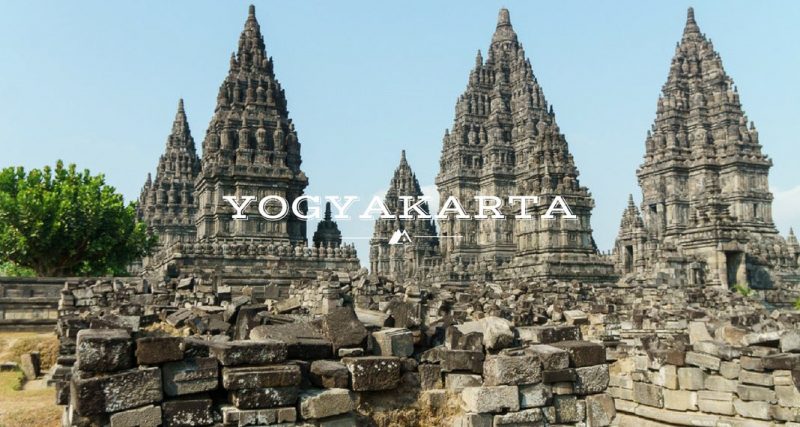 Treacherous winds, temples and traffic, describes my 2 days driving around the worlds most populated island. My goal, to see Indonesia’s largest Hindu and Buddhist temples and the chance to spend the night on top of its most active volcano!

I like to sight see on my own and I try to avoid tours as often as I can. I feel that doing activities on my own gives me more flexibility and it creates a truly a unique adventure. That is why I planed a solo, multi day trip to two UNESCO heritage sites and camping on a volcano! I rented a scooter through my hostel in Yogyakarta with the plan to visit Java’s largest Hindu temple, Prambanan, before continuing onto Selo, the gateway town to Mount Merapi, where I would hike and camp on the volcano summit, followed by driving to the largest Buddhist temple in the world, Borobudur, before returning back to Yogyakarta.

Prambanan is located about 1 hour east of Yogyakarta and visiting Prambanan without a tour is easy to do. Built during the 9th century and dedicated to the Hindu Trimurti, the trinity of Brahma, Vishnu and Shiva, Prambanan is one of Indonesia’s top tourist attractions. The main temples of the Hindu Trimurti sit behind three smaller ones that are the respective Vahana of each deity. A Vahana is a specific animal used as a vehicle, by a deity.

The main area of Prambanan has been reconstructed, but the whole area of Prambanan is littered with dozens of temples and shrines that have yet to be rebuilt. This outside area is covered in rubble where supposedly 240 temples once stood. Prambanan’s main temple is dedicated to Shiva, the god of destruction. This temple is the tallest, standing at roughly 150 feet.

You can always use a tour company but seeing Prambanan without a tour is a fun adventure. Local buses directly from the Yogyakarta airport and town make their way out to Prambanan. Also Prambanan sits across the street from a train station, you can take the train from the main area of Yogyakarta out to here.

People sometimes cycle from the city and stop at each temple along the way. I would not recommend cycling because the traffic is pretty insane. If you want the flexibility to explore around you should rent a scooter, their cheap. If you are a group of people, you could hire a driver for the day. And if you want something hassle free, and are only going to Prambanan, you can take a Grab Taxi for a cheap.

The entry fee for Prambanan is 325k Rupiah for adult and 195k for children and students (with ID). You could also get a ticket as part of the Prambanan & Borobudur combined pass for 520k Rupiah.

Being on the outskirts of Yogyakarta, Prambanan is a site that everyone passing through the city should visit. It is easy to get to and provides some great insight into Hindu culture. I checked it out just after sunrise and it was almost empty, perfect time to visit. Most people come here later in the day after seeing Borobudur.

Click here to see more photos of Prambanan and if you like to visit temples, comment down below! I have seen dozens around the world and I still cant get enough. Check out my Java Adventure Part 2, to see what I get up to on Indonesia’s most active volcano and for more information about this diverse country visit the Destination Indonesia page. 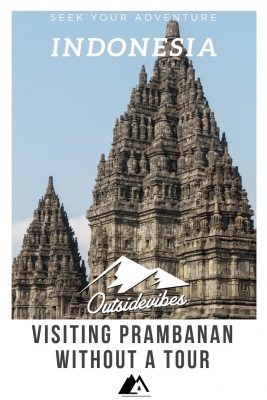