Hike to the Cross

Puerto Vallarta’s hike to the cross is quite a popular activity. It offers the best view in Puerto Vallarta and it is a great morning workout. 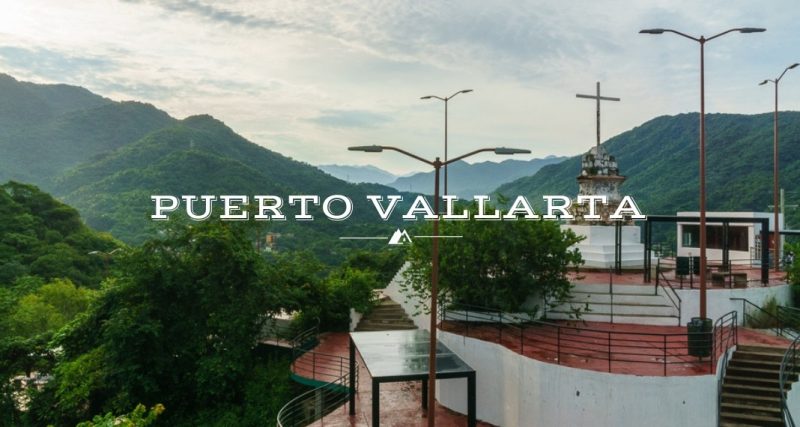 The best panoramic view of Puerto Vallarta comes from Puerto Vallarta’s Mirador Cerro de La Cruz. Also known as the hike to the cross, this short hike not only provides you with a fantastic view you also get a bit of exercise out of the deal!

Puerto Vallarta’s hike to the cross is a popular activity both in the mornings and evenings. In the mornings you will see most people decked out in workout gear getting their sweat on and in the evenings you will find tourists looking to catch a fantastic sunset from up above.

The start of this hike begins along Puerto Vallarta’s Malecon, opposite the beach. There are two routes that you can take to reach the cross. The old way, which weaves through houses and up a footpath or the newly finished route that goes directly up to the cross, via a new street and steep steps. For a little variety and adventure I recommend taking both ways, specifically the old way one up and the new way down. The old way is the easier of the two getting up to the cross. Trying each way gives you some diversity on this short hike and you’ll see a bit of Puerto Vallarta that you might not normally.

The beginning of both routes start in the same spot, at the La Rotonda del Mar statues along the Malecon. From the La Rotonda del Mar statues head inland following Aldama street until it curves. At the curve you must go up a few steps to get to the next part of the path. If you are taking the new way you go north from here on Calle Emilio Carranza and take your first right on Abasolo street. This will take you up the newly constructed road and directly up to the cross. This path was completed at the end of this summer, 2018, and it is the way most everyone now takes.

If you fancy going the old way, which I recommend, go up the steps at the curve and take a right. This path heads in the same direction you were just walking, actually it is a continuation of Aldama street. Follow the path upwards until you get to the cross. This trail mostly follows along residential houses and it briefly turns into a dirt path, just keep going in the same direction. Signs mark the way and at the top you will come out on the south side of the cross next to a radio tower.

I have done this hike a few times and it’s very straightforward. Not only is it easy to see the radio towers on top of the hill but on the old path signs mark most of the way. If your going up the new route you will see groups of people, mostly in workout gear, that you can follow to the top.

This is but one of a handful of budget activities you can do in Puerto Vallarta and the surrounding area. Mexico is such a beautiful place to explore, if you would like to learn more visit the Destination Mexico page. 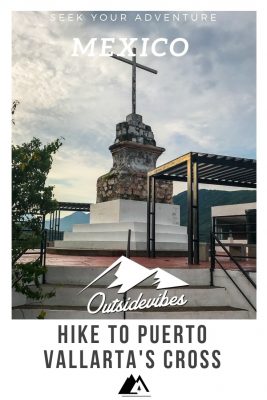