If you need a break from Toronto’s downtown or your weekly office grind, an escape out to Colonel Samuel Smith Park is a fantastic way to unwind. 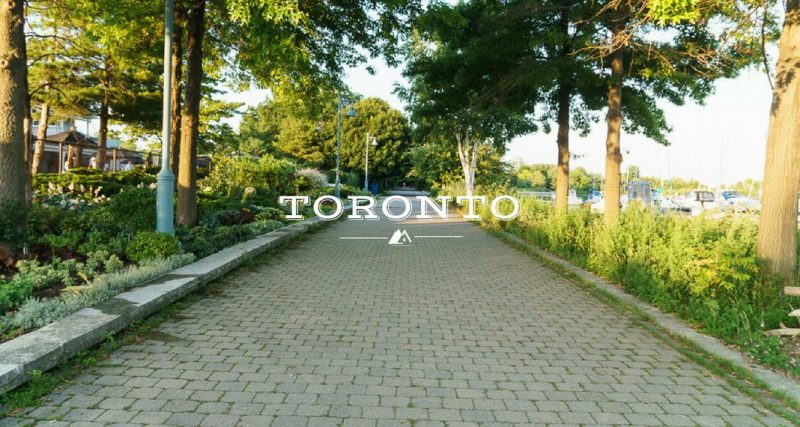 At almost 200 acres, Colonel Samuel Smith Park is a great place to spend a few hours unwinding. There are a few rocky beaches you can relax on with a nice skyline view of downtown Toronto. You can also show off your bird knowledge by wandering around the many walking and biking trails.

Alongside wildlife watching, you might catch a few people enjoying the water. The tip of Colonel Samuel Smith Park is a well known place to windsurf and kite-board and the whole waterfront provides plenty of fishing opportunities good for any age angler. Colonel Samuel Smith Park is also home to the Lakeshore Yacht Club so during your wander you will more than likely see sailboats cruising around Lake Ontario.

Don’t forget to bring your pup to Colonel Samuel Smith Park! Besides walking trails and playing in the water, the park offers a special off-leash dog area so your buddy can run around and make new friends.

While you are here you should take a walk through the once psychiatric hospital now turned college campus of Humber College. In the late 1800’s, before these old brick buildings became a university, they were part of the Mimico Branch Insane Asylum.

If you want to make a full day of the area, and are not too scared after wandering around the old asylum, Lakeshore offers a fantastic sushi restaurant, Simon Sushi, which was my favorite eating spot during my 2 months in Toronto. I don’t know how many times I got the $10 lunch special, 11am-5pm. If need to chill your nerves and cool off from the summer heat you could hop over to Refinery Public House. This local watering hole offers some solidly good food, including vegan and veggie options, and a cheap pint. Bonus if it’s Wednesday night stick around for some action packed trivia before you make your back back to the city.

Colonel Samuel Smith Park is apart of Toronto’s cycling network and the Great Lakes Waterfront Trail. This small cycling trail actually ties into a +3,000km route that crosses over Lake Huron, Lake Erie, Lake Ontario and up the river towards Montreal.

One of the top bird watching areas in Toronto, Colonel Samuel Smith Park is very bio-diverse with a lush and well cared for natural habitat where you can find a constant variety of wildlife. Over the summer months are free, group bird walking events, for those looking to learn more about bird watching or those wanting to make some new friends.

During my 2 months in Toronto I was out here almost every day either walking the dog, trail running or catching some sun off the rocks. Even on weekends this area is big enough that was never too busy, so hop on the Lakeshore street car, make a day of it and check out the Colonel Samuel Smith Park!

If you want to learn more about my summer activities visit the Destination Canada page or check out my Learning to Climb experience!