An Evening with the Dave Matthews Band

Before flying to Toronto for the summer I made sure that my return flight home would be after the Dave Matthews Band concert. 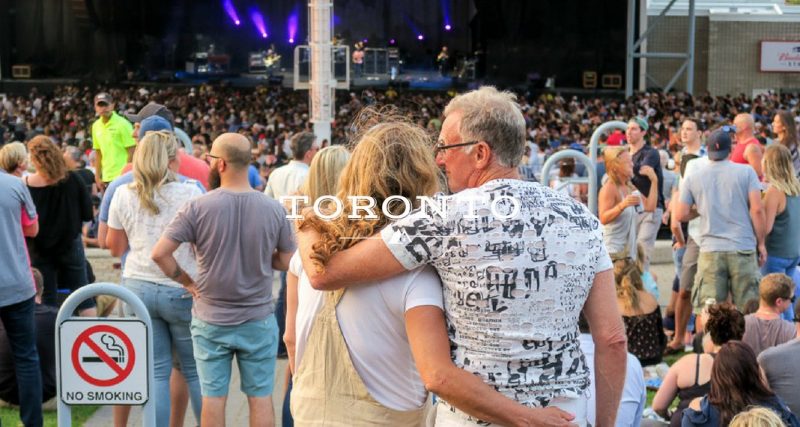 When it comes to Dave Matthews Band fans it seems like either you know of them but don’t actively listen to them, you dislike them or you love them. I am one of those in the last category. Someone that an average listeners deem a super-fan. Well I used to be, unfortunately their 2018 show in Toronto was my first show in a few years.

The Dave Matthews Band is a group of very talented musicians lead by, you guest it, a man named Dave Matthews. They have been dominating the road for the past 20+ years with most of their success pinned to their unparalleled live skills, where they create a very unique and high energy concert at each and every venue.

The concert was at the newly renamed Budweiser Stage venue, formally the Molson Amphitheater. This is a nice outdoor venue located along Toronto’s waterfront. Everyone in our group had general lawn tickets, which at the Budweiser Stage is not bad, you are a bit far from the stage itself, but the lawn slopes downward to the seating area for an unobstructed view. The last time I was here Emma and I had decent seating tickets, we could see the stage clearly, without the help of the big screens, but I was also in a leg cast and on crutches.

The day of the show came a little faster than planned, we thought the concert was on a Wednesday not Tuesday but we made things work. Emma had school during the day and I pre-gamed with a few beers while mowing her dad’s yard. After Emma finished school and I showered up we made our way down to Liberty Village, via the streetcar, where the Budweiser Stage is located.

I wanted to make a date-day of the concert so we arrived early enough to grab some food and a drink nearby. This turned into a circus, we made sure to avoid the closest restaurants to the venue but even the one we chose ended up being swamped. By the time we got to the Budweiser Stage the show was scheduled to start. As soon as we got inside Emma went to find us a spot on the grass while I went to grab the must needed and now very overpriced venue poster to add to my collection.

I also wanted to take some photos of the venue and explore around but I did not have much time, so I mostly opted to wait in line to grab us drinks. Turns out the best alcohol drink price in the venue is the house wine. I got each of us a full bottle which was poured into an aptly shaped guitar mug. Unfortunately I was only allowed to carry one at a time. I quickly rushed through the venue to find Emma so I could give her the wine and go back and grab the second one. Lucky I ran into her friends and one of them picked up the wine for me while the other two waited in line for more drinks.

The concert was starting so we quickly headed to find Emma in the lawn. Emma and her friends spent the beginning of the show catching up, while I being the only super fan, spent the whole show standing with my eyes glued to the stage.

The Dave Matthews Band was rocked with some controversy this year, forcing one key member to leave the band, but like always they still put on a top notch show. They also came out with a new CD this year. During the Toronto show they actually played a fair bit of their older tunes which is fine by me, I had a blast either way jamming out to good music.

Who’s your favorite band? Let me know in the comments! Mine varies every year but I always come back to the Dave Matthews Band. If you need some music inspiration I went to a Trevor Hall concert in Toronto, which was fantastic! To learn what else I was up to this summer visit the Destination Canada page. 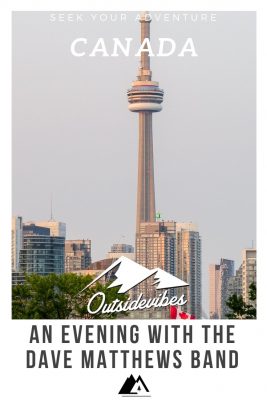